OPPO has been one of the most popular smartphone companies among Android fans for a long time. Even our editor-in-chief, Adam Conway, has been using the OPPO Find X2 Pro since February, and it’s still one of his favourite phones of the year. The OPPO Reno series are some of the finest quality mid-to-high tier smartphones out there for the price. However, for many years, they have been omitted from the Irish markets. Even their advent to the European market is somewhat of a recent phenomenon, with a launch in the UK and sponsorship of Wembley in April just last year.

Finally, however, the OPPO Reno 4 series and other devices will be readily available and for sale through an unannounced major carrier in Ireland. Many members of Irish media, including IrishTech, received the following e-invitation to the company’s launch event on the 1st of October, at 9:30 AM BST. 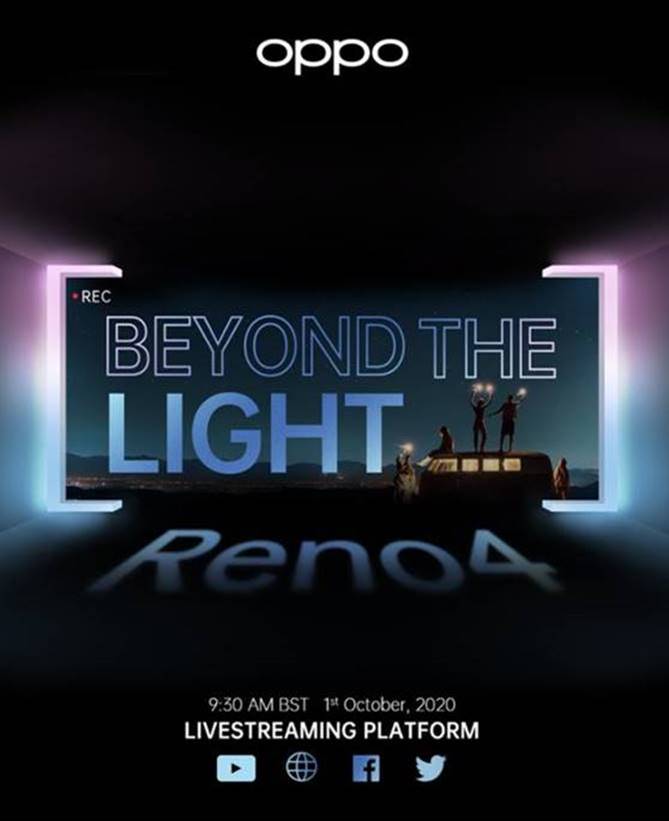 As for our source on an Irish launch, Mark Kavanagh of The Star and buzz.ie tweeted the following this afternoon:

Looking forward to the @OPPOMobileUK #OppoReno4Series smartphone launch on Thursday October 1 at 9.30am and am reliably informed these devices will be on sale in Ireland from one of the major operators. Exciting times ahead 😁 pic.twitter.com/fbcTeYlKZS

As for which carrier it may be, that much is uncertain at the current time. However, we do know that it will be a major one, so one may assume Vodafone, Three, or eir. The specifications for the OPPO Reno 4 series are below.

The OPPO Reno 4 and the OPPO Reno 4 Pro launched in selective regions back in June such as India and China. It was a slightly higher budget phone than previous Reno models, but it did have the insides to justify it. They are 5G-capable smartphones, and both will charge from 0% to 100% in just a bit over half an hour with SuperVOOC 2.0 charging.

We are very excited to see the OPPO Reno 4 series hitting Irish markets – it is never a bad thing to have more competition in the smartphone space. We’re just hoping that, unlike Xiaomi, the company will continue to focus on the Irish market in the future. If you want to buy other OPPO smartphones, you can import them from the UK through Amazon UK. Let us know if you’ll be tuning into the livestream! The keynote will be live-streamed on OPPO’s social channels, including YouTube, Facebook, and Twitter.

Begin typing your search term above and press enter to search. Press ESC to cancel.